‘Crypto Stocks’! Is Wall St on its Knees?

In truth, crypto stocks is a misleading term…

…but it’s one that the media has thrown about with frightening regularity to cause confusion.

A more apt term is synthetic assets. This is how the industry positions these innovative DeFi valuables. These are asset trackers that peg themselves to the value of all sorts of interesting data sets. The weather, sports results, price feeds, market movements, IoT devices, stock market prices (and more), can all be tracked.

Throughout the course of this article, we’ll look at:

If the stock market really did fundamentally object to the blockchain industry, it would certainly do more to try and stop it. Pressuring major listed businesses to stay away from the tech, for example. The reality is that even the experts know that the blockchain offers epic solutions.

Whilst the companies in this article might not have links to synths, they are making the average person and investor more familiar and comfortable with crypto.

Major listed companies investing in the blockchain also means that their shareholders, who want success for their investments, will also encourage healthy partnerships and developments. This creates a natural symbiosis that is mutually beneficial.

In March 2018, the Japanese IT & Communications giant Fujitsu inaugurated its Blockchain Innovation Center. The Brussels facility was declared a commitment towards blockchain and distributed ledger technologies. Fujitsu saw it as a key way to revolutionise buying, selling, and exchanging of goods, services, and value. Organisations were encouraged to see the potential to overhaul their operational models and adjust to a new way of doing commerce.

As an innovation center, it’s imperative that they partner with other institutes and experts in their aim to unlock the true potential of the blockchain. Interest from customers, merchants, clients, and partners are reported as being the drivers that forced the business to double down on its efforts and better understand this technology and its disruptive nature.

FJTSY is publicly listed on the Tokyo Stock Exchange and Nagoya Stock Exchange in Japan but can be purchased through all of the major brokerage platforms. In the future, don’t be surprised to see crypto-progressive Fujitsu being traded as a synthetic asset. Staying up-to-date on the ongoing events of the market is hugely important. Moreover, so is being part of a community of stock-studying peers. The WSBDapp has such a group. You can read and take part in our stock conversations here.

Back in 2014, Microsoft was well ahead of the curve, accepting Bitcoin as a payment method for some of its products and services. This was especially popular on the Xbox network. They almost pulled support for Bitcoin, but it was kept due to popular demand.

Microsoft then went one step further than simply integrating Bitcoin and created an incredible app marketplace called Azure. This features all sorts of impressive blockchain technologies for businesses to purchase. There are multi-node ledgers, single-node ledgers, app accelerators, Proof-of-Capacity tools, Ethereum tools, developer kits, IoT blockchains and so much more.

With its sheer size and power, it’s no wonder Microsoft is one of the most popular stocks in the world. It’s also being price-tracked by WallStreetBets and is one of our 8 Stonks that can currently be traded for USD Coin (USDC), Tether (USDT) or Terra (UST).

The interest in blockchain technology at Airbnb comes right from the top, with the two main bosses, Nathan Blecharczyk and Brian Chesky both being vocal in their support. In 2018, Blecharczyk made a significant multi-million dollar investment in SFOX, a medium-sized cryptocurrency exchange.

What’s most interesting about Chief Strategy Officer Blecharczyk’s past comments is his reference to the use of data oracles. These data oracles are the same technology that allows WallStreetBets to price-track assets and trade them. Airbnb wants to support the growth of asset-tracking technology by using it in a different way.

Talking about reputation, and how that’s critical to the Airbnb system, he said “The question is whether there’s a way to export that and allow access elsewhere to help other sharing economy models really flourish. We’re looking for all different kinds of signals to tell us whether someone is reputable, and I could certainly see some of these more novel types of signals being plugged into our engine.”

CEO Brian Chesky first publicly mentioned Airbnb in 2014, asking their Twitter users if they should accept Bitcoin. They never did get around to accepting it. In December 2020, they registered an IPO prospectus with the SEC to explore multiple applications of blockchain technology. The filing claims that “Future success will depend on our ability to adapt to emerging technologies such as tokenization, cryptocurrencies, and new authentication technologies.”

Airbnb is transparent about the risky nature of this enterprise, also stating “We intend to continue to spend significant resources maintaining, developing, and enhancing our technologies and platform. However, these efforts may be more costly than expected and may not be successful.”

Airbnb (ABNB) is listed on the NASDAQ, since being publicly listed at the end of 2020.

Note: To learn what we are building for better investment management through community governance, head on over to our homepage.

Elon Musk — A Catalyst for Volatility

Is Wall Street on its knees? To some extent, yes. Seeing some of the largest listed companies begin investing millions and even billions into blockchain technology is a clear indication to Wall Street that any battle has already been partially lost.

When the world’s richest man… behind one of the most commonly traded stocks of recent times… comes out with his unquestionable support for crypto… it’s just one more nail in the coffin. That’s exactly what Elon Musk did.

By placing his support on just two cryptocurrencies, Bitcoin and Dogecoin, Elon Musk made a lot of enemies and very few friends. For those who capitalised on the rising prices of these two coins and sold them at a profit, Musk is a great guy. For those who bought at the top and made a loss somewhere on the way down, he’s a nuisance.

Musk created an incredible amount of disruption and volatility in the market through his comments, spending $1.5bn on BTC, and accepting Bitcoins for Tesla vehicles.

From some corners, Musk is a classic market manip… influencer. He used his following, strength, and illustrious position in the world to reshape an entire global market in just minutes.

He can send the price up with positive comments and down with negative ones. It’s that easy for him. He needs to be careful. John McAfee did the same thing, and that story has a very bad ending.

This volatility caught the attention of thousands of stock traders (if not more), who saw that musk was not only investing in crypto but was acting as a catalyst for the market volatility.

Musk’s initial support for BTC was then met by him changing his mind due to the environmental considerations related to BTC mining. He then met with mining groups, some of the world’s biggest crypto fund managers, including Michael Saylor, and experts from Argo Blockchain, Blockcap, Riot, and MARA. Many interpreted Musk’s influence in the marketplace differently, seeing him as a progressive who wants the best for crypto. The verdict is still out.

Do you love studying and chatting about stocks, but want to get more involved in crypto too? You can read and take part in our stock conversations here.

In what became a major discussion around the stock market in the Spring of 2021, Ray Dalio claimed that he’d “Rather have Bitcoin than a bond” and that Bitcoin is “one hell of an invention”. He also expressed concerns about government crackdowns and high volatility but stated that he himself had purchased Bitcoin.

This would be a pretty normal conversation for the average would-be investor, but this is Ray Dalio, founder of Bridgewater Associates. His company manages over $140 billion worth of assets and has over 1,500 employees.

When the top dogs start howling for Bitcoin and the blockchain, it’s hard to ignore it.

Disinformation — Wall St has Been Lying to You

Unless you’re a 24/7 crypto-enthusiast, your passing interest in crypto and its relationship with the SEC, the government, the stock market, and other major institutions may lead you to believe that there’s bad blood. In fact, it’s all a bit of a farce.

So, when we say that Wall St has been lying to you, what do we mean?

This is called the Wyckoff Theory. It allows experienced institutional investors who understand technical analysis, to make serious profits by competing against retail investors who might not have the best understanding of when to buy and sell (read more).

That’s why we created the WSBDApp, with DeFi and decentralized finance. We are empowering you, the retail investor. The new tide? This time it’s us, the everyday investors, taking from the pockets of the market manipulators.

Why Synthetics Go Beyond what Wall Street is Capable Of

Synthetics are confusing and complicated at first glance. With a little time and patience though, it becomes clear that their capabilities are immense.

We’ve made the point before that synthetic assets go well beyond just synthetic stocks, like $mAPPL, or $mAMZN. This is one of the parts of synths that we love and offer, and it is an epic version of a familiar market of assets. What’s really amazing is that synthetic assets can offer innovation at a much higher level.

A synthetic, with the information provided by a data oracle, can convert any quantifiable event into a price feed to be tokenized, bought, and sold. Here are some examples:

If the data feed is accurate, you can go long or short on whether you think the figure will increase or decrease. Investors now have a whole new asset class to trade, made possible by blockchain technology.

Note: This is only the beginning. Our developers are working tirelessly to add more Stonks that the community chooses by vote. Some of the discussed stonks on our community forum are Facebook, Wipro, Nintendo and more, so stay tuned for updates. We aim to replace the TradFi space, and we are not going to stop until we achieve it.

Institutional adoption of cryptocurrency is a good thing. It essentially makes the entire digital asset world far more agile and robust. When tech giants, hedge funds, and banks get involved, there is a lot more capital pouring in. There are larger investment periods and greater volumes moving. It ultimately translates as less volatility for all.

It took the best part of a decade for this to happen. So whilst Wall St isn’t quite yet on its knees about Stonks, synthetic assets, or DeFi… it is paying attention. Within the next few years, expect to be hearing more about synths, good and bad. Expect it to become just the latest facet of the blockchain industry that comes under intense scrutiny before being widely traded and adopted.

Ultimately, the best thing the stock market and traditional stock investors can do is to embrace the innovation and add their support. This will start making the ecosystem more liquid and have a better chance against eventual regulations. It could go the other way, and spark off a lot of unnecessary drama.

Ready to make a start with stonks? Here’s our latest guide on the buying process for stonks. 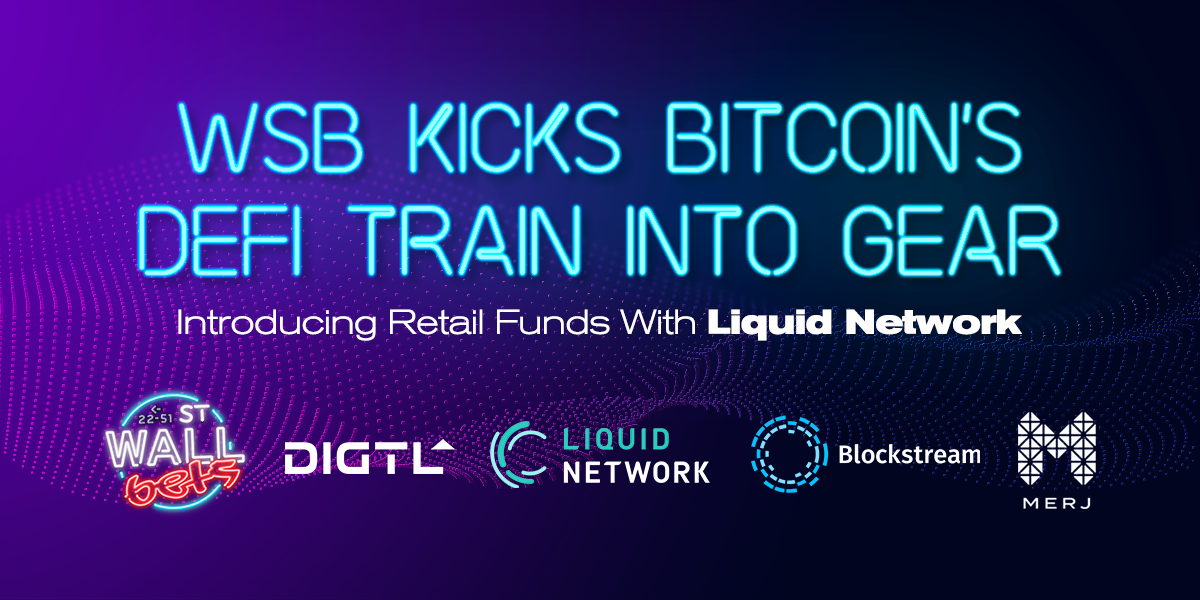 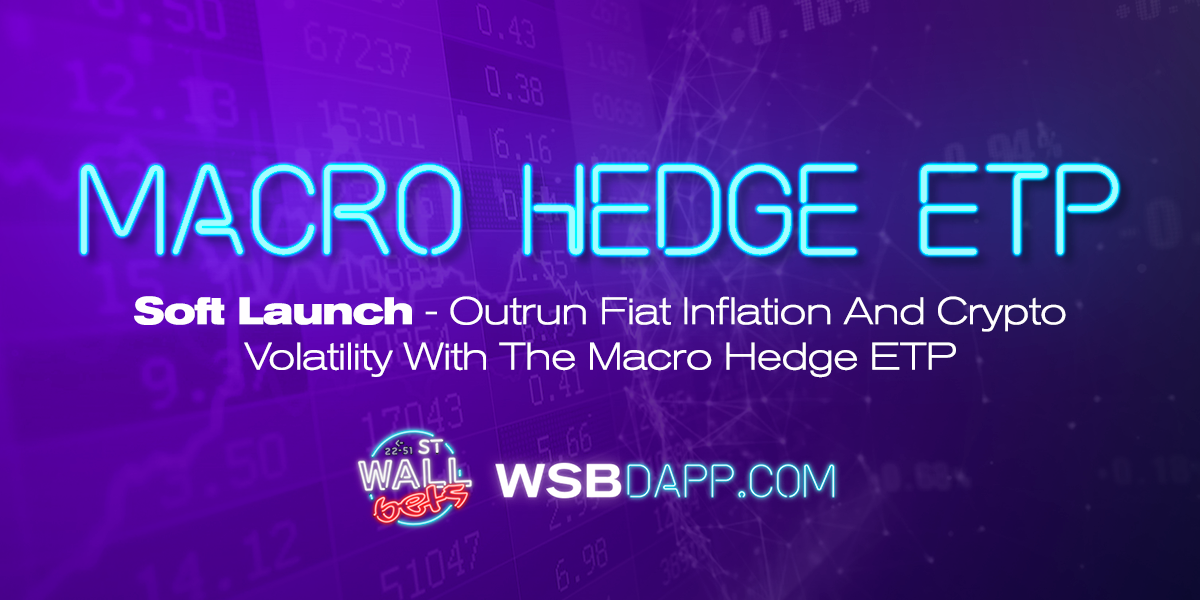